Woodbrooke Quaker Study Centre is pleased to announce that the 2018 Swarthmore Lecture will be given by Chris Alton. 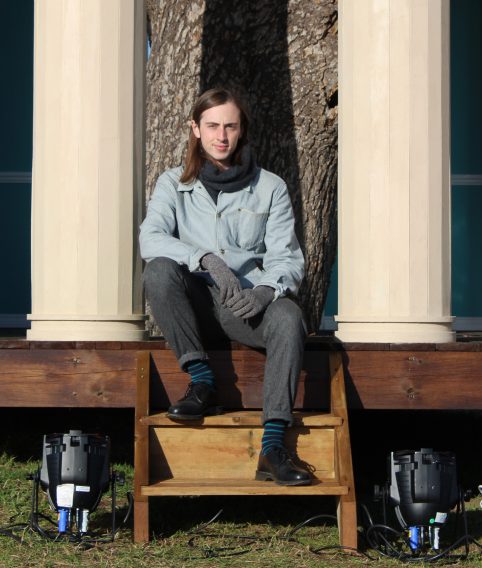 Chris is a life-long Quaker, artist and activist. Through his lecture ‘Changing ourselves, changing the world’ Chris will share how he seeks to challenge people and create change through his art and how art can be an act of witness. Chris will address the challenges we face in a changing and increasingly violent and fractured world, while considering how he as an artist and we as Friends (as Quakers refer to each other) might respond creatively, and offer subversive alternatives.

Terry Oakley, clerk of the Swarthmore Lecture Committee said, “The committee is really excited that Chris will be giving this year’s lecture and sharing with Quakers how he witnesses to his faith through his art. Chris gives testimony to his Quakerism through his art, which speaks an important message to the Quaker community and beyond”.

Chris’s art involves images, videos and music. He is possibly best known as the creator of the English Disco Lovers, a multifaceted protest movement and act of artistic musical resistance, which sought to reclaim the acronym EDL from the English Defence League. In 2017 the London Evening Standard highlighted him as one of ten young British artists to look out for, stating that “his ability to make protest fun while rendering his targets ridiculous means he may be the artist we need right now.”

The lecture presentation on 5 May in London will make use of a variety of media, including music, video and visuals, as well as words. A book to accompany the lecture will be produced and available later in the year.

For more information contact Simon Best, Head of Learning, Woodbrooke Quaker Study Centre on 0121 415 6769 or at  simon.best@woodbrooke.org.uk or  Anne van Staveren, Media Officer for Quakers in Britain on 07958 009703 or at  annev@quaker.org.uk

The pandemic has changed Woodbrooke irrevocably. New challenges have brought long-standing issues of financial sustainability into sharp focus. Woodbrooke has responded to a changing world by expanding its online learning…