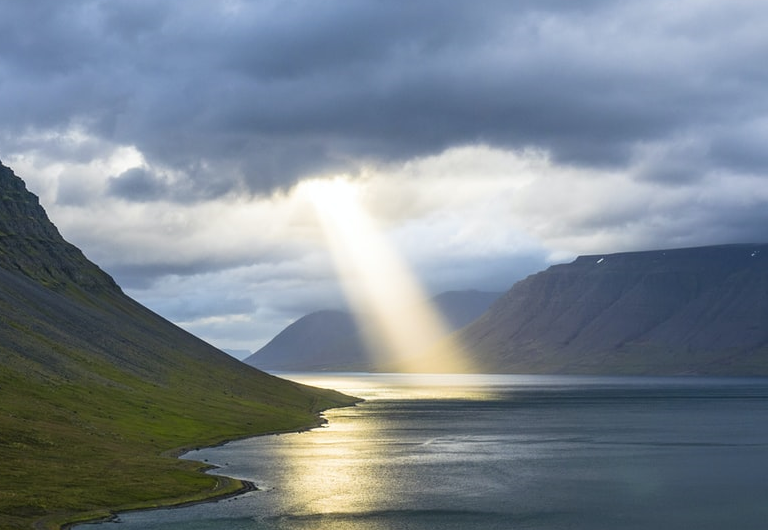 Stuart Masters suggests early Quaker writings can offer us spiritual insights as we respond to the climate crisis.

In response to an intensifying environmental crisis that threatens life on earth as we know it, there is a growing concern to deepen our understanding of the spiritual and practical dimensions of this situation. If, at root, this a spiritual crisis, what wisdom, insights, and resources can we glean from our Quaker heritage? Do our founding mothers and fathers have anything useful to teach us?

James Nayler (1618-1660) was an important leader in the early Quaker movement, he is widely regarded as having been a man of great spirituality with a significant gift for preaching and writing.  In working with the writings of Nayler I’ve found traces of an ecotheology, can it help us today in our understanding? Here are some of Nayler’s insights.

The Ecotheology of James Nayler

The Fall of humanity: the loss of right relationship – At some point, people turned away from the rule of God within them and began to focus instead on their own ideas. As a result, they lost divine guidance and no longer revealed God’s wisdom and love within the creation. Instead of being ruled by God, people became obsessed with created things, and this led them to an insatiable desire to own and control the rest of creation. In this fallen state, people began to use the creation against God’s wisdom and will:

Thus hath God lost the creature out of his call and service, and he is become one with the god of this world, to serve and obey him in ways that despite the Spirit of grace, and now use the creation against the creator.  – The Lamb’s War (1657)

Life in the first birth: devourers of the Creation – People in the first birth became greedy and exploited other people and the natural world in order to satisfy their desire for wealth and power. This led to unjust social and economic relations and a dysfunctional and destructive relationship with the rest of creation. People spent their time trying to exploit the creation in order to gain wealth and power, and this led to violent conflict:

[in the first birth people are] perverse one to another, fighting and brawling and devouring one another, sporting and living in wantonness, fullness, gluttony, and abundance of idleness, devourers of the just and the creation… – A Discovery of Faith (1653)

The work of Christ: new people and new creation – Nayler argued that the work of Jesus Christ was to re-establish right relationship between God and humanity, and so enable the renewal of creation. As a result of this work, people could participate in the way of Christ, giving them a new awareness of the creation and what had corrupted and damaged it:

And as the light ariseth the creation is seen, and how the enmity hath spread over, and how the lust hath defiled it, and how that which was planted as a vineyard is become as a wilderness… – Love to the Lost (1656)

Since the Fall of humanity had such a devastating impact on the well-being of creation, the transformation of people through their participation in the new humanity of Christ, would bring them again into right relationship with God and lead to the renewal of the whole creation.

Life in the new birth: goodness and right relationship restored – If the old way of being human was associated with pride and greed, leading to violence, oppression and the corruption of the creation, the new humanity in Christ was associated with humility and unconditional love, leading to peace, justice and a renewed creation. A world of hatred, violence and injustice would be overcome by God’s kingdom of love, peace and justice. What had been a dysfunctional and destructive presence in creation would be transformed into an agent of right ordering and right relationship:

…when [Christ] is come, he takes the ordering and government of the creature himself upon his shoulders, and so ever keeps them out of the lust in all they do. And so is the creation restored and reconciled to God in Christ Jesus at his appearing… – Love to the Lost (1656)

What can this say to us today?

Throughout my adult life, I have been aware of the dangers associated with the growing ecological crisis, and of the need for radical change. In response, I have tried to make lifestyle changes. I have altered my diet and methods of transportation. I have adjusted my consumption patterns, and tried to ‘recycle, reuse and reduce’. Occasionally, I have taken part in public protests. However, if I am being honest, my relationship with the rest of creation has not been fundamentally transformed, and I remain in thrall to a set of unjust and destructive social, political and economic arrangements. So, what is preventing me from making the quantum leap that is so urgently needed?

If the Holy Spirit has been poured upon all flesh, and if this Spirit has the power to change my life, what’s going wrong? Why isn’t it happening? After all, the only thing I have to do is surrender. Maybe I’m unwilling to take the plunge because my life is just too comfortable. The life-changing experiences of early Friends occurred within a time of real social turmoil. They had very few man-made structures to fall back on. Stability and comfort were in short supply. This seems to have made it possible for the Spirit to do its work, binding people into a powerful new movement for change. Will the growing crisis in our time prompt an even greater and more universal experience of transformation?

This blog is adapted from an article that originally appeared in Friends Quarterly, Issue number one, 2020.

Stuart Masters has been a tutor at Woodbrooke for over ten years. His research, writing, and teaching interests focus on Quaker theology and spirituality and the connections between Quakerism and other Christian traditions. He is currently working on a book about the theology of the early Quaker minister, James Nayler.