In March 1995, I prepared for my interview for a post at Woodbrooke by travelling from Aylesbury up to London to visit the library at Friends House. One book I picked up that day opened up a world that has shaped my thinking and work ever since. Douglas Gwyn’s Apocalypse of the Word: the life and message of George Fox brought alive the extraordinary story of the first Quakers and the impact they had on the world of their time. The historical account of Fox’s life was interesting enough but what really opened my eyes were the various descriptions of the spiritual upheavals that Fox himself went through and then precipitated in others. Lives were dramatically changed and the Quaker movement was launched with a distinctive understanding of the Christian tradition and the change that can be created in the world through a confident Spirit-led witness.

I was applying for a job teaching the Bible at Woodbrooke and the 17th century was something of a new world for me. However, I had spent a good chunk of time in the previous

five years getting clearer about the experiences of the first Christians. As I read Doug’s book, I was amazed at the number of moments when there were clear echoes of early Christian experience in the stories of the first Quakers. And it was not that they were imitating what they read in the Bible. Instead, they describe experiences of the Spirit which led them to speak and act in certain ways.  And it is this confidence in the guidance of the Spirit that characterizes both groups.

In September (14th-16th) I will be up in Swarthmoor Hall, the centre of the early Quaker movement, leading a course on Early Christianity. In rooms where George Fox and Margaret Fell co-ordinated the early Quaker movement, where James Nayler and William Dewsbury met and discussed the right steps to make, I will be exploring together with a group what it was to be part of a similar Spirit-led movement in the first century Mediterranean world. Both groups struggled to interpret the dramatic experiences that happened among them, and both groups experienced hostility from the wider communities and conflict among themselves as they decided how to act.

You will enjoy the Quaker hospitality of Swarthmoor Hall. You will learn from the course about early Christianity but you will also get a first-hand experience of the setting of key moments in early Quaker history. 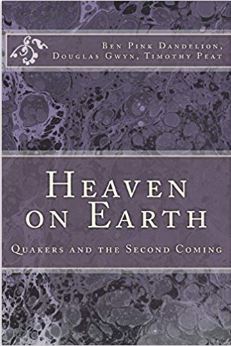 Additionally, you may like to know that to celebrate the 20th anniversary of Heaven on Earth: Quakers and the second coming, the book has been republished. There you will encounter the coming together of those ideas that first excited me at Friends House. Doug sets out the story of the first Quakers; I offer an account of Paul and the way he interpreted the impact of Jesus and Ben Pink Dandelion offers some influential reflection on the meaning of these events and ideas for contemporary Friends. 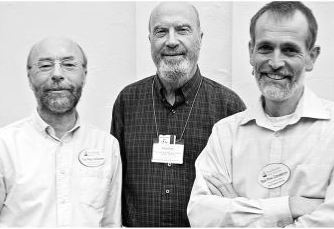