If you missed the first instalment of Margo’s study of our grounds you can read it here: Winter Gardens 2018

April is a special month at Woodbrooke because the snake’s head fritillaries are in flower.
19th April was particularly warm and sunny with temperatures getting up to 24oC.

The beautiful fritillary Lilies were once common and they’d be seen in many meadows and were cut to take to flower markets in big cities such as London. During World War II most of the ancient meadows were ploughed up and turned over to the production of food crops, destroying much of the plant’s habitat so it is now a rather rare plant in the wild.

It is a great month for spring wildflowers generally. Many are coming into bloom and Woodbrooke is blessed with lots of bright colours. Many spring flowers are yellow but there is also the white of the wood Anemones and blue and mauve of Speedwell, a few remaining Squills and Violets. One or two Bluebells are also starting to show.

The month of May sees everything in Woodbrooke’s garden coming to life. Leaves and flowers are splendid. Animals get active with the busy work of mating, reproducing and tending babies.

8th May on a sunny morning which reached around 20oC. It was after three hot sunny days. Early May sees Ramsoms at is best in the woodland. A beautiful bright white flower is accompanied by a strong smell of garlic. Another white flower that is very common at Woodbrooke is the Cow Parsley. It grows in the woods and on the grass verges and in fact almost anywhere that is a bit untended. Easily confused is the shorter Pignut that looks rather similar but has a very fine feathery leaf. I saw this at the end of the month in the wildflower meadow on the lawn area.
Other flowers are celebrating the spring too. Buttercups are showy and there is the blue of the Bugle and the red of Common Sorrel.

26th and 27th May Good news! Frogspawn has hatched. Some small tadpoles were seen at the beginning of the month but now there was an abundance of large ones in the water channel in the Chinese Garden. Towards the end of the month, two coots were religiously attending to an anxious chick. Bird boxes on the alder tree, on a bare crown coppice and on the side of the house by the walled garden toilet were also homes to squeaky babies. I think blue tits and great tits were gracing the boxes with their presence.

18th May was very special because I saw my first Woodbrooke frog. This one was in the wildflower meadow enjoying the seclusion of some long grass. It was too young to be responsible for all the spawn. Perhaps it had been a tadpole itself in the last year or two.
Wildflowers are encouraged at Woodbrooke. In the less manicured grassy areas, some of May’s flowers are abundant. Examples a Red Clover, Birds-foot Trefoil, Creeping Cinquefoil, Bush Vetch, Common Chickweed and Lesser Stitchwort.

May has been a generally warm and sunny month after over three months that were unseasonably cold. My visits tend to coincide with good weather. Exploring the garden is much more pleasing in the dry! Perhaps this means that what I see is not entirely representative.

29th May was a cloudy day following some very heavy rain. I was concerned about possible flood damage because there had been very heavy storms over the Bank Holiday weekend. The Woodbrooke area of Birmingham had flash floods and I feared that my reptile and amphibian refuges might have suffered from the overflow of the stream through Woodbrooke suddenly rising in spate. I was told at Woodbrooke’s reception that the rainwater had been a problem for the building but all seemed calm and unaffected in the garden.
I have placed 20 refuges around the garden to see if any frogs, toads, newts, slow worms and grass snakes hide under them to keep safe and warm. So far, checking these refuge’s has not revealed anything obvious other than slugs and ants nests.

12th June, a cool cloudy day when it was only about 14oC. This was the exception as the month was generally warm, dry and sunny which was typified by a visit on 22nd June when my refuges

hosted amphibians for the first time. There were lots of little frogs, newly emerged from the tadpole-state under survey refuges by the lake and in the woodland to the south of the stream. I was also greatly excited by a large, fat adult frog under one of the refuges.
In June, Woodbrooke’s garden is ablaze with blooming flowers, birds chirp and insects buzz. Today’s visit saw a cool cloudy day when it was only about 140C. This was the exception as the month was generally warm, dry and sunny which was typified by a visit on…

22nd June when my refuges hosted amphibians for the first time. There were lots of little frogs, newly emerged from the tadpole-state under survey refuges by the lake and in the woodland to the south of the stream. I was also greatly excited by a large, fat adult frog under one of the refuges.

The Common Daisy (Bellis perennis) on the lawns has been around almost all year but in June the Mexican Fleabane (Erigeron karvinskianus) which looks a bit similar was noticeable on the walls near the kitchen and dining room. Oxeye Daisies (Leucanthemum vulgare) were also showy in early summer. The daisy family, Asteracaea, is well represented in June with many picturesquely named flowers such as Cat’s Ears, Fox and Cubs and Mouse-Ear Hawkweeds.

Extra special for early June is the Common Spotted-Orchid. OK, it is called common but actually, it is not seen in most grasslands, so Woodbrooke’s grassy meadow near the Chinese Garden is proud to host this Orchid with spotty leaves and a lilac flower. A couple of Spikes were also in evidence this June in the Chinese Garden itself in the grass by the lake.

Some of the other flowers to be seen are the Foxglove in the woodlands, Creeping Jenny near the entrance and Ground Elder in other rough untended places

A sunny day at the end of June can be good for butterflies. As usual, speckled woods were in the woodland. A painted lady added some exciting colour and the rather ragged comma was a splurge of orange. They don’t figure much in pictures because they are constantly flitting but the comma did deign to settle for a photo. The flowers, by keeping still, are much easier both to photograph and identify. I’m struggling with naming the butterflies so plenty are seen but lack of certainty means that I’m not taking a chance on saying what particular species is about. Study, patience and overall improvement needed! 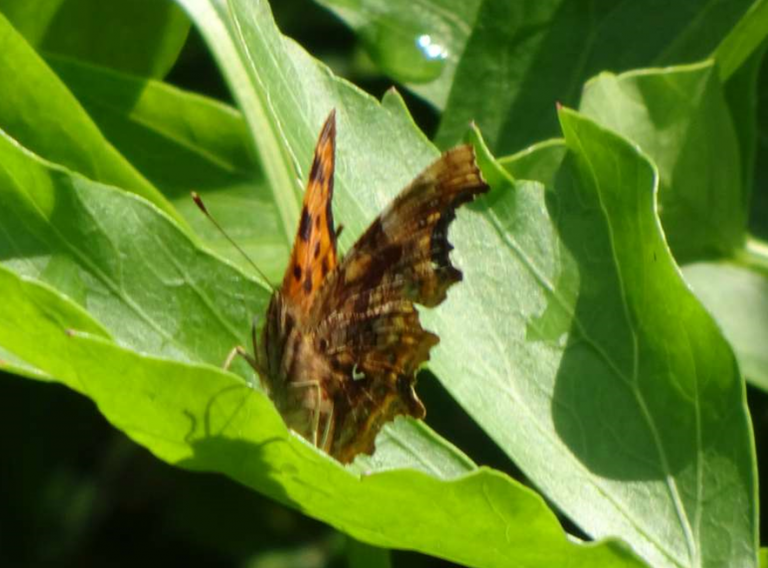 The humble slug is another chance for study. What sort of slug is it? I suppose it doesn’t matter but I’d like to know. Juicy slugs constantly turn up under the reptile refuge mats. At the end of June, the reptile refuges continued to cover slugs, ants, woodlice, etc. as well as the young frogs (this year’s tadpoles) and the big adult frog hiding under a reptile mat on the lake’s northern bank. 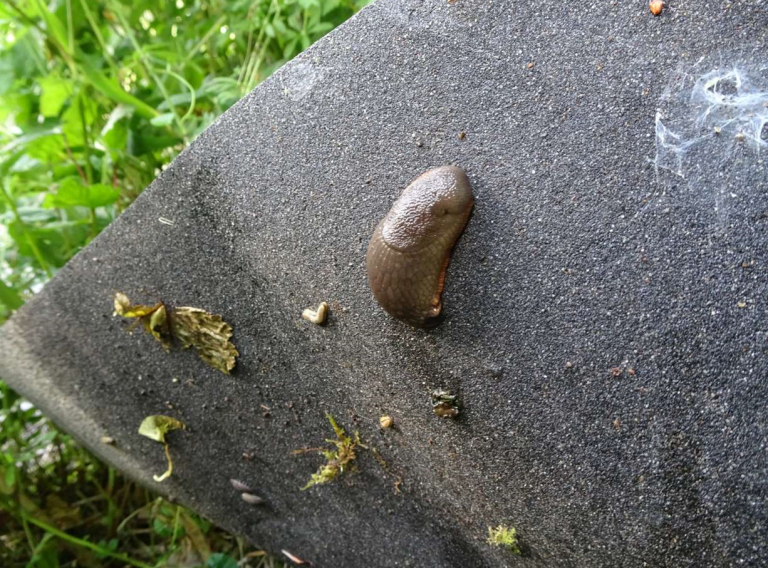 Share on TwitterShare on FacebookShare on LinkedInShare on WhatsApp

Woodbrooke is delighted to announce that Thomas Penny will give the 2021 Swarthmore Lecture – Kinder Ground: Creating Space for Truth. Thomas’ lecture will address Truth in the era of…

Woodbrooke has been working hard to ensure that throughout the pandemic we offer learning, nurture, connection, training and worship opportunities. We have been really encouraged by the engagement from Friends,… 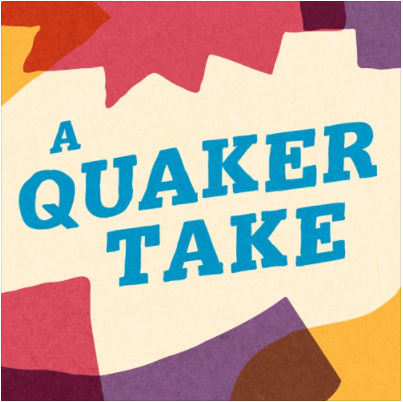 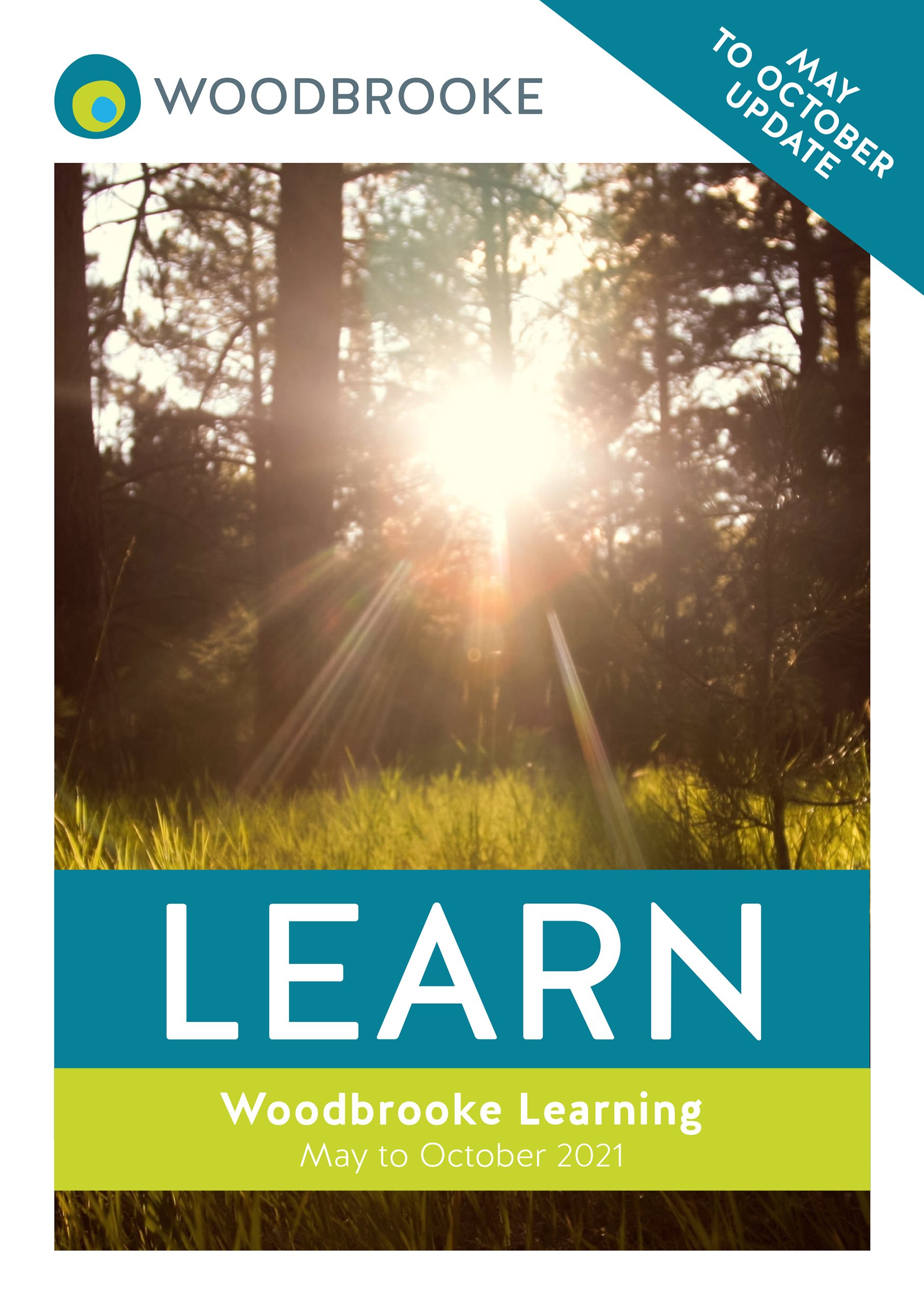