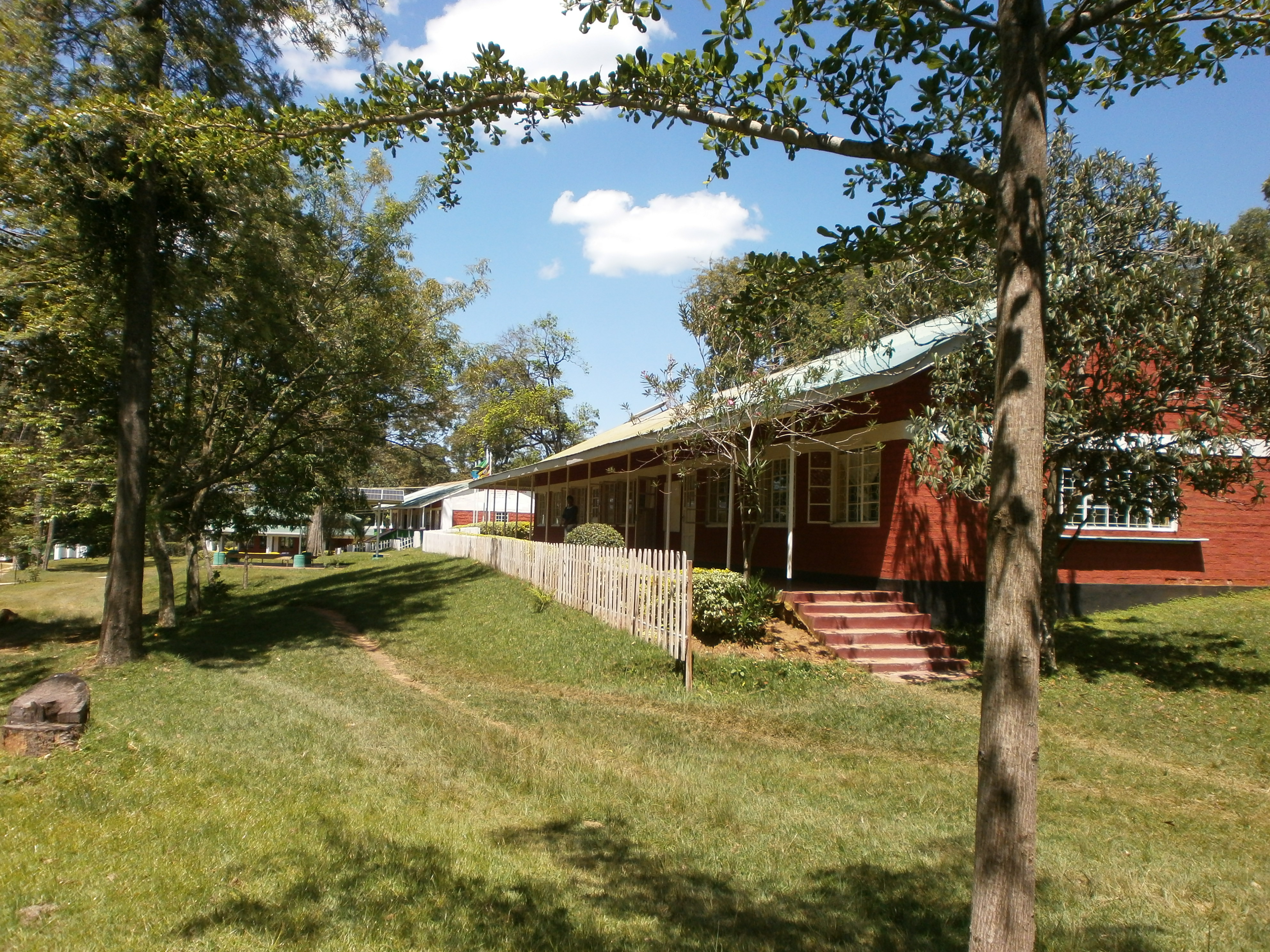 In this post, Michael Eccles reflects on his visit to Friends Theological College, Kaimosi. 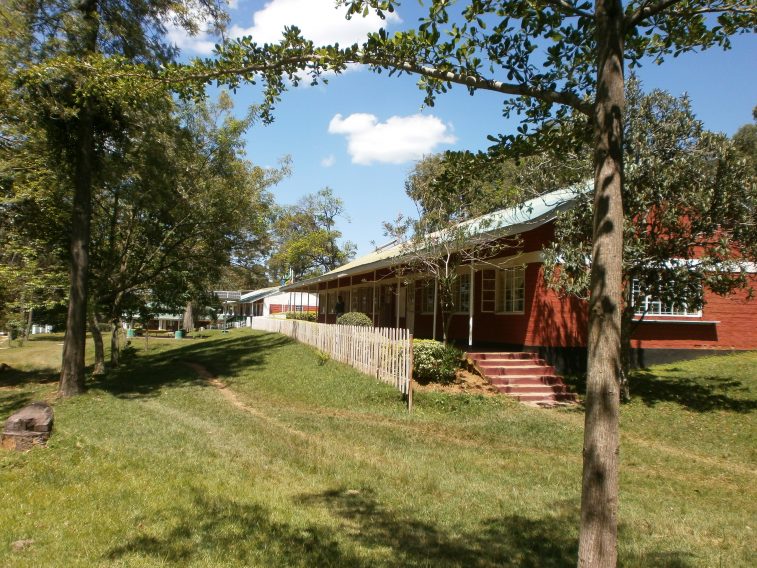 During the recent Woodbrooke on the road in Kenya, it was arranged for us to visit Friends Theological College (FTC) in Kaimosi.  For me, this is one of the ‘holy grails’ of the Quaker world, along with Pendle Hill (both of them!), Woodbrooke and Swarthmoor Hall.  It was a real privilege to be shown around by Robert Wafula, the principal of FTC.

We visited on a scorching hot day and were grateful for the shade that the many very tall trees provided.  The hot sun was symbolic of the work they are doing towards becoming a more sustainable place.  They have a lovely shaded outdoor seating area – which in Britain would be to protect you from the rain – that has a roof made of solar panels.  The panels generate a significant proportion of the electricity that FTC uses, and a battery block has recently been installed so they can continue to use it in the evening when the equatorial sun has gone down below the sky line.

FTC was founded by American Quaker missionaries in the early 1900s and is the birth place of Quakerism in East Africa.  There are currently 19 yearly meetings in Kenya and all but one of them are in a relatively small area around Kaimosi – the one that isn’t in that area is Nairobi YM and it covers most of central and Eastern Kenya.  When the missionaries came they bought a large plot of land and one of the first things they did was build a dam with a hydroelectric plant to provide power for FTC.  Sadly it fell into disrepair but the local authority has reopened it and uses it to generate power which FTC buys when their solar isn’t providing enough. 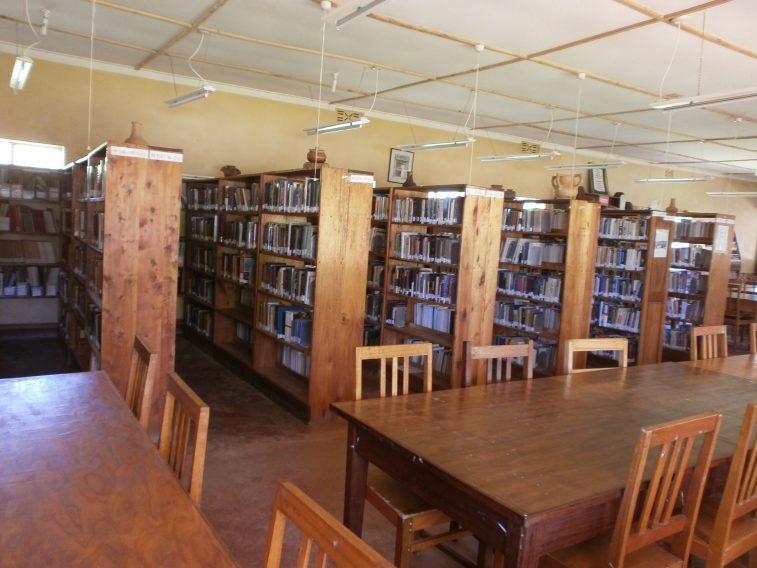 FTC has a farm and they have their own herd of cows including one named after the principal himself, Robert proudly told us!  They also grow tomatoes and green vegetables (a staple in Kenya alongside the ubiquitous ugali!).  On site they have many tropical fruit trees which provide them with mangos, guava and papaya – sadly none of them seemed to be in season in November.  The farm isn’t large enough to provide for the whole college’s food needs.  We had a lovely vegetarian bean stew with rice on the day we were there.

As well as showing us the sustainability work they have been doing, we also visited the library, which has a large selection of Quaker books and periodicals from around the world (including several folders full of back issues of Friends Quarterly).

Because of the warm weather many of the students were working outside as we were shown round and it was lovely to see Robert having a kind word or two for each group that we came across. 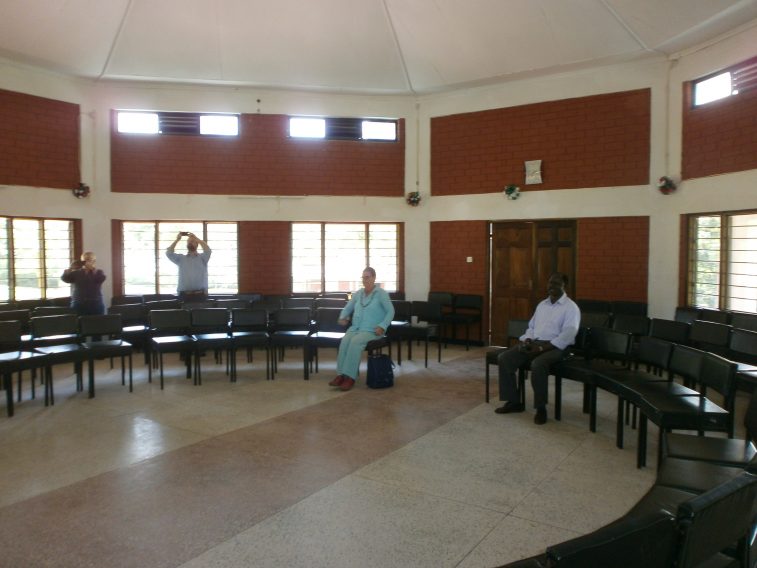 FTC has a chapel which interestingly is in a round building so has the feel of a meeting house rather than a Friends Church with its rows of seats.  We spent a few minutes in the chapel absorbing the atmosphere and the cool air.

We certainly managed to pack a lot into a couple of hours during our visit!

Each year Woodbrooke relies on generous donations and legacies from Friends and meetings which go towards developing and delivering our learning programme. Find out more about “Make a donation”…